Ain't no cure for only 2 weeks left of Summer.

The last few summers I've been doing this whole thing where I pretend to be self aware. 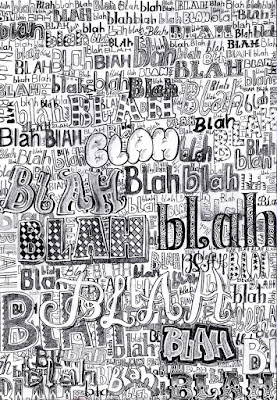 "Summer is stressful for me", I say to friends and colleagues who ask me what my plans are, "because I always want to do 3 things - have a good rest, get loooooaads of work done, and see all of the friends. I could probably do two out of the three, but I'm never going to do all three to my satisfaction."

And mostly this elicits the expression it deserves - shut up whiny teacher who has massive paid holiday at the time of the year when it's awesome. Or, from my teacher colleagues, shut up whiny part timer what do you even know about getting looooooaaads of work done.

My friends don't actually say these things to me. Except for the really good ones.
(the best friends are always the most verbally abusive) 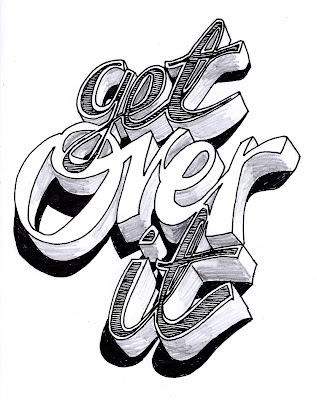 So I have less than 2 weeks of holiday left, and a to do list with teeth, but I'm going to write a blog post today. Because that's probably a good idea for self aware people. 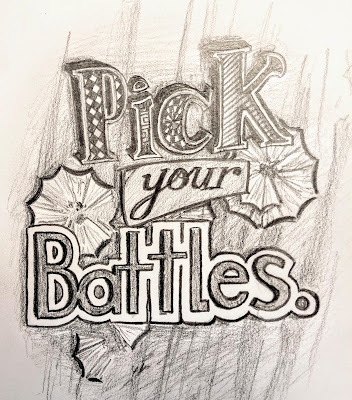 All of these typography drawings were done whilst supply teaching by the way. Not that supply is always boring enough that you sit there writing blah over and over for fun. Just that it sometimes is.

You may know I took the current two years off of regular self promotion, in order to spend more time working on my ongoing comic project. So in the last 11 months I have only been doing work from clients that get in touch with me. I was making a concerted effort with instagram for a while, but that has completely fallen off over the summer. I've still been tweeting fairly much and in  the last month and a half I randomly revived the facebook project to do 5 portraits.
Which I just photoshopped together and realised they have a pretty similar colour palette.

I wonder if the pink and blue theme is a subconscious expression of any life decisions we're supposed to be making. (not whether to have a sex change guys, whether to procreate).


But social media is kind of a weird place now right? Because our news narrative has changed but for most of us our lives haven't really. How do mechanisms built for narcissisms function in such interesting times? Some days I don't have the energy to contemplate it. I have a feeling I might not be writing a year round up blog for 2017.

Do you think that we'll break faith with the online in our lifetimes? Find some way to decide whose word we can trust? Retreat back to the printed word?

Well luckily if we DO need to distribute our truths manually, the small press comics scene is thriving and ready to take on the mission. 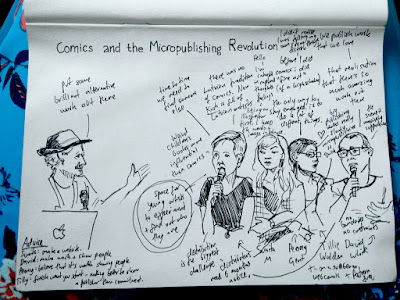 this is a drawing I did at the Broken Frontier panel at ELCAF in June.

Did you know that in addition to reviewing comics for the Quietus I now also review them for Broken Frontier? I am entirely open to you sending me your comic for free for me to (probably) review it.
Especially ones that are both good and not very long. And not too delicate to read in the bath.

I'm not going away away this summer, although we did got to Cologne for a family meet up which was lovely. Because we spent all our money on a big holiday at Easter that I really should have blogged about because I took a lot of good photos. Although this was definitely the best one. 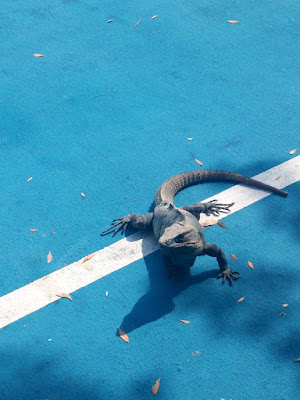 If you don't post photos of your holiday. Did it actually happen? 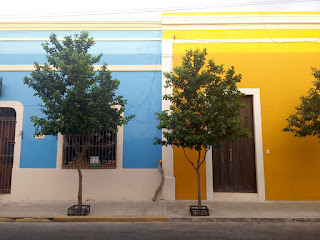 Since then I have become kind of obsessed with drawing tourists though. So in Cologne I mostly took more photos of people photographing stuff than of the stuff itself.

Is that creepy? I feel like it might be. A lot of the girls coming out of cookie cutter pictures come from photos of people I sneakily took in London. For some reason that feels way better to me than using photos found on the internet for pose or expression inspiration. It's like, I'm not stealing something that someone else made ever (even a random candid photo), but I am stealing tiny bits of strangers' souls. And tourist locations are THE easiest place to take photos of other people without them noticing. And I need a lot of people for my comic and they look better if I use reference, even if I change it a lot (which I mostly do). 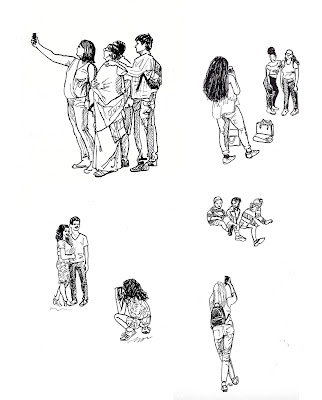 These drawings of tourists taking photos of each other are NICE though, you have to admit it guys. It's a LOVING kind of creepy. Right?

Oh did you want to hear about how the comic is going? hmmmmm, nah I'm done with writing for today. I guess I could share a few sneaky pages that have already seen light of social media day. 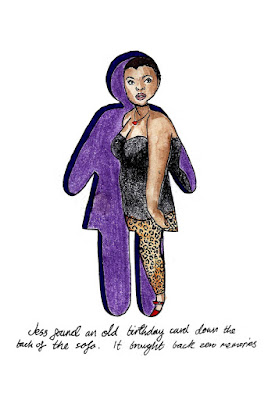 Here are two pages that come from that. 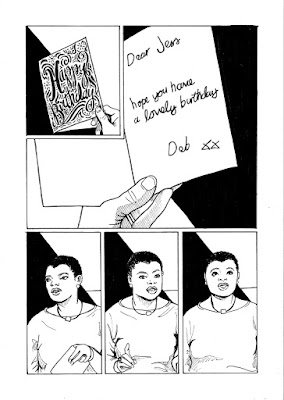 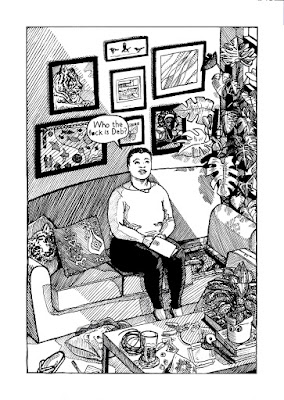 This is the first time I'm even showing anyone these guys.
They are definitely going in the book (probably). 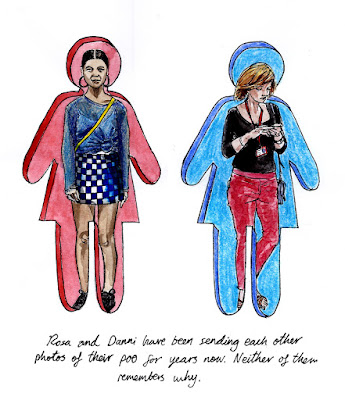 Posted by Jenny Robins at 5:41 PM No comments: