Up to date Update date up. Purge.

I have been going through some old work, trying to have a bit of a purge because (fingers crossed) we should be moving soon. Imminent crash sale of old prints and originals on Etsy planned. Watch the media that is social. Anyway. I just found this collage in a sketchbook from 2008/9, which I had really wanted to include in my last post all about what may or may not be called "Art" 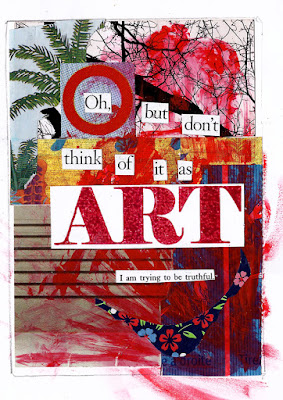 wouldn't it have been perfect? I remembered making it but I had no idea where it was. This is why one should scan everything before putting it in boxes in the loft. 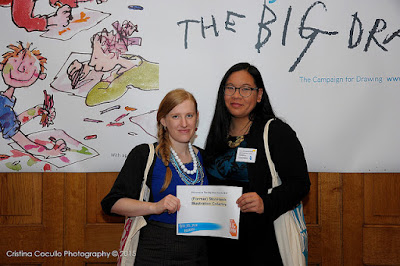 In other news, you can read all about the Big Draw Awards ceremony at Painters Hall that June and I attended to receive our runners up award here. It was good, we got lots of people looking and drawing, and we got to see Bob and Roberta Smith and Mike Leigh give inspirational speeches.
I was too scared to talk to those illustrious gentlemen, but I did meet lots of other brilliant and interesting people.

I've also been doing more live portrait events, the most fun of which was this children's fancy dress picnic where I got to draw dozens of small ones in bright colours, can't think of many better ways to spend an afternoon. 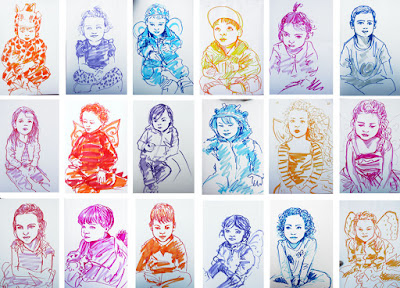 Some of these kids were really good at sitting still. Others really not so much. But that's all good, I like a challenge. 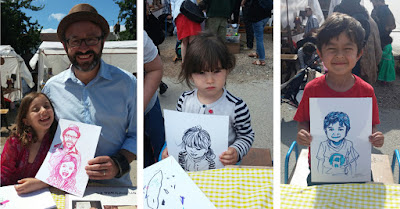 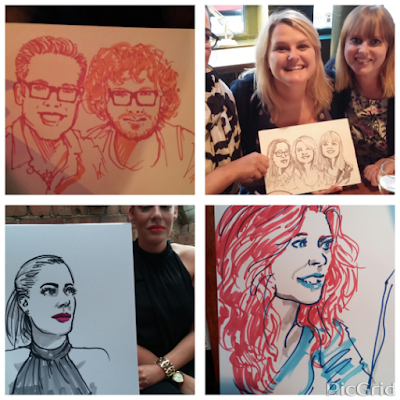 I also did a portrait session at Blackhorse Workshop, and one at The Big Chill House in King's Cross last week, both great venues with decidedly different crowds. The woman bottom right didn't really have blue lips, but it was her request and came out awesome.

If you have an event you're organising that you think would benefit from me drawing people at it, why not pop me an email to see if I'm free?

I have a two page found text poetry comic in the upcoming SideKick Books Poetry Comics Anthology, Over the Line. which I am not allowed to show you. But I can show you this other one page piece I submitted that didn't get in. Boom etc. It's a sort of sketchbook collage love letter type thing. To be said in a deep voice. 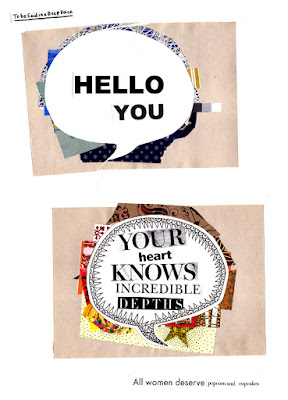 The speech bubble outlines come from the Christmas card designs I made in 2012. So that should give you an idea of the levels of hoarding instinct I am battling with this purge. But also, using offcuts and serendipitous leftovers to make new work that would never have been inspired without them is sexy and cool. Although I really should throw away some of these dozens of damaged prints of work that is not very good.

It's a BALANCE people.

I love popcorn though. There's been a renaissance in supermarket popcorn. If you haven't been indulging, where have you been? The economy cannot sustain this level of diversity. Try all the weird flavours now before half the companies go bust. 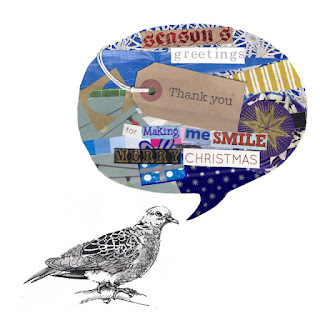 I've been on lots of summertime adventures recently, I went to Harry Potter World (which for some reason, pretends it's called something else, like Warner Brothers Studio something or other) 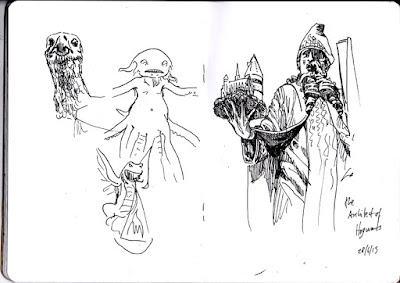 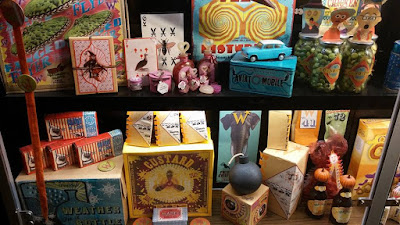 I very recommend it, the models and the displays of the design work are amazing.

I also went to the Isle of Arran in Scotland for my friend Andrew's 30th celebration. This was my first time north of the wall and it was awesome. We walked to a cave on the beach and burnt stuff in it. And ate and drank a lot. It is beautiful there too. 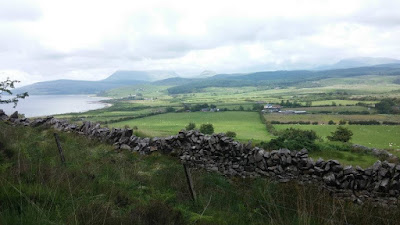 I was too busy socialising to do much drawing, but I did draw this boat and three pieces of popcorn. 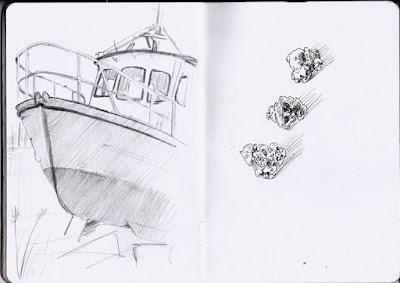 Also I made this birthday card while I was on the train. There was an amusing and embarrassing adventure with the train. Ask me about it sometime. 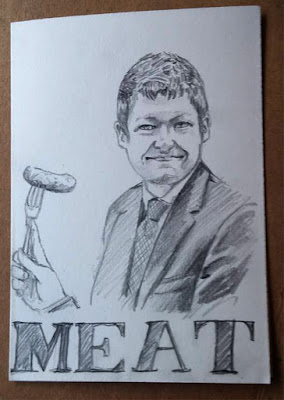 Also I dressed up as a cowboy for another friend's 30th (Paul's). This is the year of the 30th for me. For obvious reasons. The moustache suits me a bit too well. 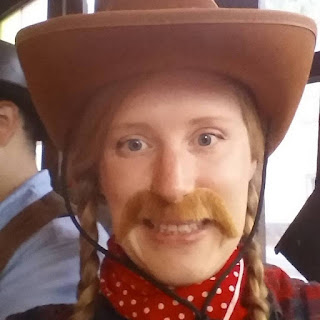 Posted by Jenny Robins at 4:52 PM No comments: